It’s been a long time since I wrote on my website! I had chapters to add but of course I lost them!

I will start out to say I am still working at the Red Carpet!

I want to tell you about “My Kids”.

I have so many of them at the Carpet. I will eventually get to all of them that I can think of!

Let’s start with this couple. There initials are C and A. I use initials in case they don’t want to be recognized! Last name Parker!

Cand A are different kind of people, she has a beautiful voice and believe it or not she sings for her beer. Of course, I wouldn’t give her a drink unless she did! Sometimes we pretend to have a conversation to drive A crazy. She says a sentence and then I say a sentence. Mind you we aren’t really talking about anything. He finally shouted what the heck are you talking about! We have to admit we weren’t talking about anything really! She follows my lead in so much of what I want to do!

A is wonderful. He carries garbage out for me Helps me fill coolers and makes sure I don’t leave the bar by myself! Sometimes he goes along with C’s singing. I think he even

knows the Barbie song all the way thru!

The two of them and their best friend M helps me make up shots. They pay and try all the shots we make up!

M is another of my kids. He is V and A’s best friend. His favorite drink is one I made up called Hot Udders. He drinks that by the glassful. He probably could drink any shot by the glassful! Lol. He sings along with C and A!  All three can really sing!

I will end this by saying I really love these 3 “kids” of mine! 3 of the best! 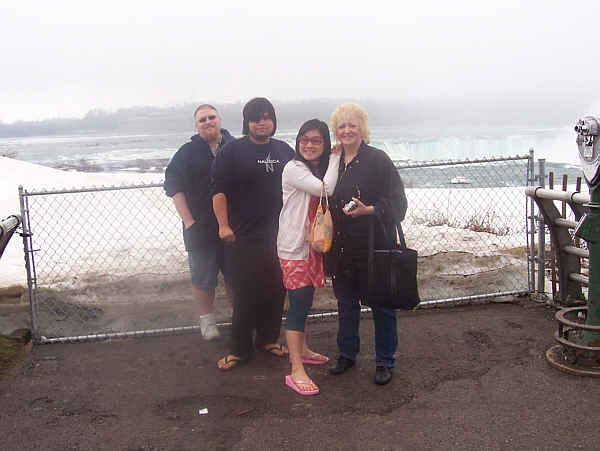