Let me tell you about a New Years Eve Party. I had friends that hadn’t celebrated New Years Eve for years but decided that since I offered my home and a designated driver they would celebrate with me. I’m not suppose to say real names so I will just call them Murry and D.

We started out at the neighborhood bar.  Murry and I didn’t have that much to drink but D more then made up for it. He drank enough for both of us and himself.

At the end of the night my son came to pick us up and drove us to my home. Murry and I weren’t ready to call it a night and neither was D, but as soon as we opened up the couch and D laid his head down it was the end of the night for him. Imagine that? Being over-served on New Years Eve!

Murry and I decided to have some fun. I got my camcorder out. I had a little beagle that decided to jump on the bed with D and started licking D’s fingers. When this didn’t wake him up we decided to go a little further with the camera.

We dressed D in my purple negligee and still he didn’t wake up.

That night we dressed him as the New Years Baby and Father Time.

We then put a lampshade on his head. What’s a booze party without a lampshade?
Our New Years Eve was fantastic just because of D! Of course he didn’t know anything about it!!

The next morning we decided to show D how much fun he really had! Not a good thing with a hangover!!

Of course it didn’t end there. I decided to share that night with friends so I took the VCR and tape to the bar when I was working. Imagine D’s surprise when he saw how much fun he “didn’t” have on that New Years Eve.

I was threatened that if I put this on my web site D would get back at me but all I have to say is when your bartender is known as B.T.B.  (Bonnie the Bitch) Threats mean nothing!!! 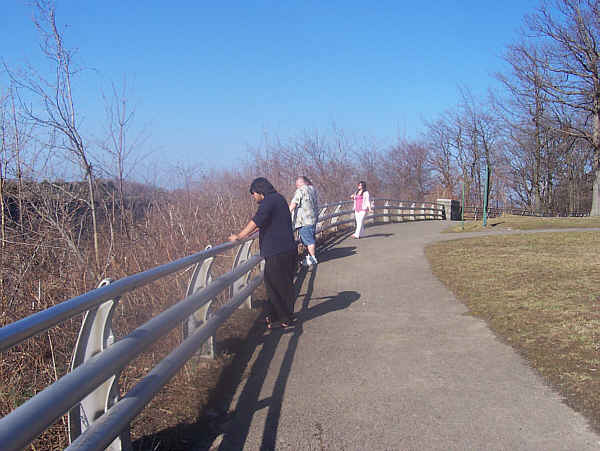